Dani Antal plays ‘Psychedelic Grunge’ songs on travel guitar and a loop station. He
likes to experiment and during his performances his Boss RC30 Dual Track Loop
Station is the main attraction that will take you on a journey across deserts,
beaches, jungles and big cities.

It began in 2012 as a side project Dani created ‘Era At End’, a ‘secret’ melancholic album
that was never released. Shortly after this project his sister inspired him to try
live-looping and so Dani bought a loop station and the experiments started.
In 2015 he released a short album called ‘Fruit For The Lions’ and travelled to Australia
where he busked on the streets and played in bars of Perth, Fremantle, Darwin and
Melbourne.

In 2016 Dani produced another short album called ‘Meat Doesn’t Grow On Trees’, which
was created and released in Melbourne. The album is a tribute to Australia’s beautiful
nature.

After two years Dani returned to the Netherlands where he started home recording and
experimenting. There are three new albums on the way and in 2021 he started the band
‘Dani Antal & The Musos’, thus making way for a lot more compositions to be heard live!

Entrance is free/donation based. 100% of the donation go to the musicians and 10% of the bar- and kitchen revenue. Hope to see you this Thursday!❤️ 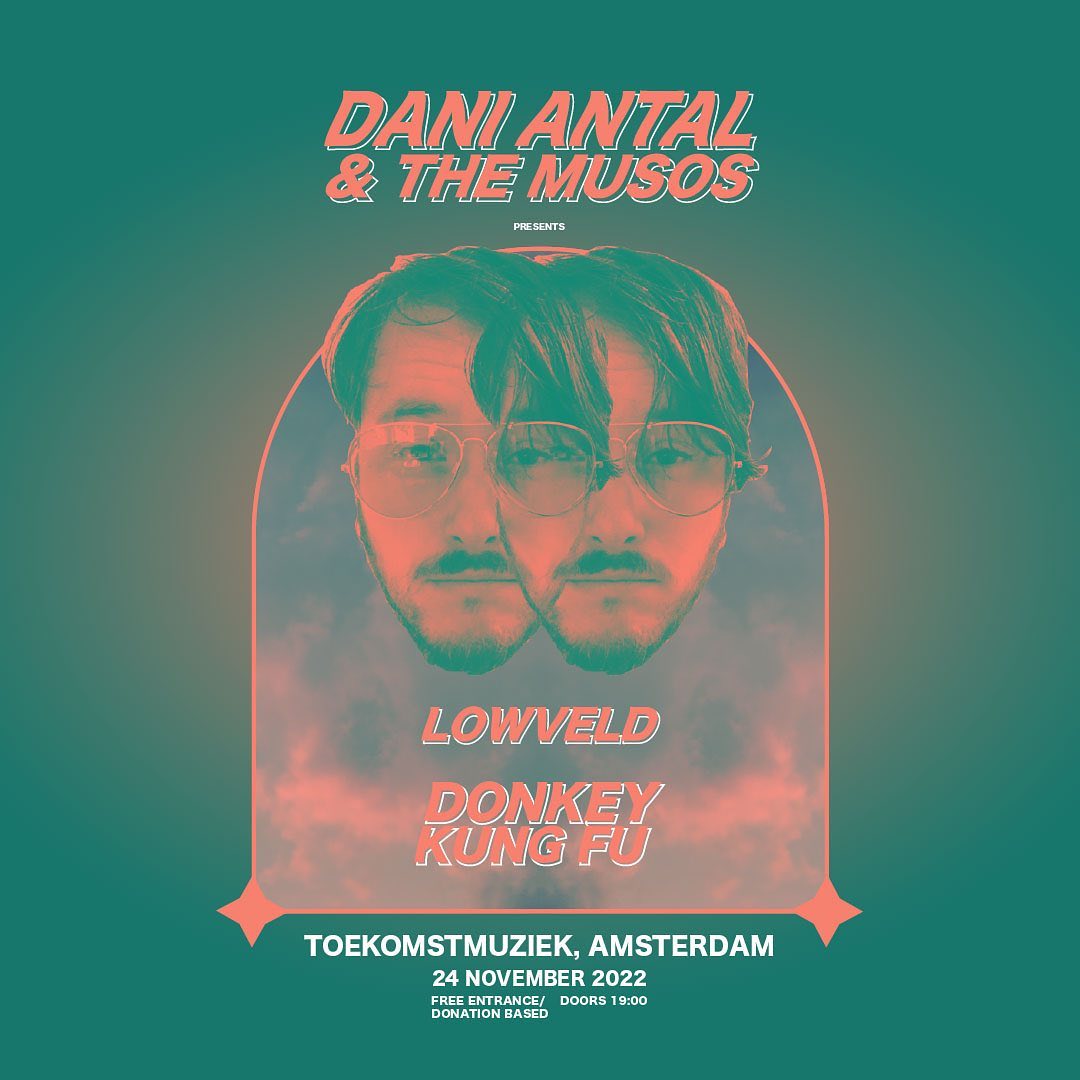